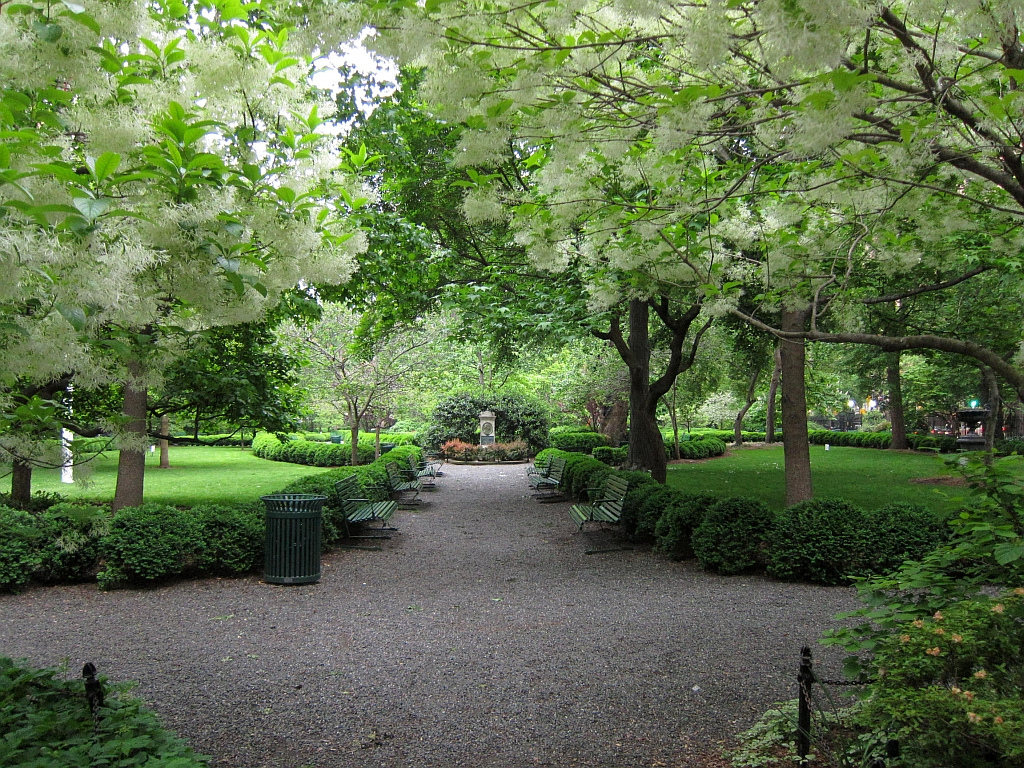 At the foot of Lexington Avenue is Gramercy Park, formerly the site of a marsh (Gramercy is the anglicized version of a Dutch word meaning “Crooked Swamp”). Gramercy and the adjoining park has been the center of a high-end residential area since its creation in 1833. The park is notable because it is the only private park in Manhattan and one of only two in the entire city.

Gramercy Park is the result of a push by property developer Samuel Ruggles. Instrumental in the creation of Union Square and Madison Avenue, Ruggles donated a stretch of land that was his property. While the park was constructed in 1833, it would be years before neighboring houses would be completed. As the park is private, keys are limited to surrounding property owners and a few neighboring hotels and institutions. Keys cost hundreds of dollars for the dues-paying property owners and the locks to the park are changed annually to keep the park for the benefit of paying members.

As the area has been fashionable for nearly 200 years, it has attracted many famous people during its history. Famous architect Stanford White and actress Julia Roberts have called Gramercy Park home. Even today, the area is very serene compared to the bustle of the surrounding districts. This is the type of information you will learn on a Sights by Sam tour.